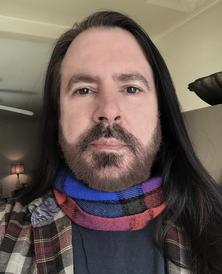 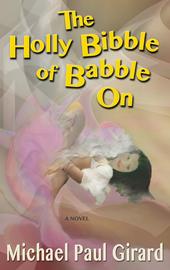 The Holly Bibble Of Babble On is Michael Paul Girard's big debut as a novelist.  He spent most of the 1990's making low-budget films that found audiences all over the world. In some countries his movies created quite a stir. His first film, Oversexed Rugsuckers From Mars, was banned by the government of South Korea.

His most recent work is the feature film "GAM CAM GRRL" had its World Premiere in Los Angeles at the Silicon Beach Film Festival on June 15, 2019 where it won the Audience Award for Best Feature Film.  It continues on its film festival run into 2020 - winning numerous awards around the world. To find out more about this film click on this link:

Most of the early years of the new millennium Michael spent writing for the stage. Some of his plays and musicals were produced in off-off Broadway theatres in New York from 2007 to 2011.  Most were produced by NY Artists Unlimited and others by Tom Amici. Many of the works Michael wrote during that time were published under a variety of pseudonyms.